The twists of metal turned slowly, pushing the pair of cream-filled sponge cakes towards the edge of the shelf.  Dr. Bartholomew Albert Spencer watched, his forehead pressed against the glass of the vending machine as he leaned into it, exhausted.  The hum of the fluorescent backlights filled the tight hallway of the lab area, joined by the low mechanical whir of the coil’s motor.

Then, moments before dropping into the space where he could retrieve it, the sponge cakes stopped and remained.  He sighed and rocked back slightly.  He fell forward again, his forehead impacting the glass with a resonating thud.  The confection remained on the small shelf, unattainable.

“You have got to be kidding me.”


There was something beyond unfair with this twist.  He had just spent the last nine hours in a positive pressure suit trying to make heads or tails of “Unidentified Biological #3”.  All he wanted was something sugary and generally forbidden before going back in for another hour of work that would, like the previous stretch, probably prove to be fruitless.

The vending machine had taken the last of his change, and the credit card reader was off line.  He tried not to think about how bad the rest of the city had been hit, his mind wandering, instead to the events of the last few days.  He had been down squaring away samples when the first rumors had begun to circulate.  Then had come the reports of the clouds of dust created at the impact sites.  The second wave of meteors fell about hour after first, giving him just enough time to get his sister from her office over to the labs.  The choice to go into quarantine protocols had isolated them from the outside, though they were able to remotely collect some particulates from outside. He was, really, quite fortunate to have had this haven to hide in.  Despite all of this, however, he still had a very immediate need to think about something else.  Like, cream-filled sponge cakes, for example.

He gave another frustrated sigh and banged his head into the glass again.  The sponge cakes remained stubbornly poised, just out of reach.

A movement off to his right caught his attention.

"Spare a dollar?” he asked without looking up. “The cakes are stuck."  He did not move his head from the glass of the vending machine.

“Did you try rocking it?  That usually gets them loose.”  The voice was feminine, not one he immediately recognized.  It was not a large lab, but everyone had their work, their own grants to write and their own spaces.  He saw more of his graduate students than he did the other professors and researchers.

“They bolted down all the machines a couple of weeks ago.  I guess some kids in the dorms managed to pull one down on top of themselves trying to get a free coke.”

“Could always just break the glass.”

At this he stood upright and turned to her.  She was leaning against the adjacent Coke machine, her arms crossed.  She had short trimmed blonde hair and strong eyes.  Dark circles around them made it clear she had pulled a long shift, but the lack of matting to her hair suggested she was working in one of the glove-box labs rather than having to don a full suit as he had been.

“Break the glass?”  He could not imagine resorting to vandalism just to get a snack.

She smirked, a smile that showed off her white teeth.  “I’d say that we have a lot bigger things to worry about than who smashed in the candy machine.”

He turned back to look at the packet of sponge cakes, hovering out of reach.  “It’d feel like stealing.”

She sounded surprised.  “The world is being bombarded by meteors that spread a flesh eating bacteria and you’re worried about stealing from a vending machine?”

“Well,” he started, a little defensively, “not really worried about it.  And on the other point we’re not sure what they’re spewing.  It could just as easily be a virus, a fungus, or even a novel life form...”  His voice trailed off.  As far as first impressions went, this was one of the better ones he’d made, but the bar for that was fairly low.

“Right.”  She started to walk past him. “I’m going down to the D-level lounge to see if the coffee machine’s working.  Want some?”

He stood again as she moved behind his back.  “I suppose if you don’t mind bringing a cup back up.  I’m over in the C1221 Lab area most of the -”

“I meant,” she interrupted, turning around to look at him, her eyes dark with weariness.   “Do you want to come with me to get it?”

“Oh,” he answered, blinking a few times at his own stupidity.  “Sure.”  He stepped off to come along side her as she resumed her walk towards the stairs.  “Dr. Spencer, by the way,” he said as an introduction.  He did not offer his hand.

“Cara, Cara Maple.”  She nodded as they turned the corner to another hall in the maze of offices, labs and secure spaces.

“Well, Ms. Maple, it’s good of you to volunteer to get coffee for your PI.  Who do you work for?”

“Your principal investigator.  The one who writes the grants, pays you, signs for the lab time....”  This was fairly basic lab organization.  He paused his walk to stand next to her, surprised that he had to explain any of this at all.  She was attractive; perhaps that was how she found employment.

She lifted her hands to her face and gave her eyes a solid rub with her finger tips.  “I can’t handle this.  I’ve just spent the last nine hours working with my hands in a glove box of one kind or another and I really, I mean really, need some coffee.  I’m going to walk a little faster now and go get my coffee and if we bump into each other later we can pretend we never met.”

His mouth slid open as she spoke, her eyes not turning to meet his own as she fumed.  What could he possibly have said to completely set her off?  Asking who she worked for could not have been his offense.  It seemed a natural jumping point to find a connection, after all.  Maybe he knew her PI, or had co-authored something with them.  The only way that she could be so angered would be if she was not a graduate student or postdoc herself.

He looked up to see her reaching the door to the stairwell.  “Wait,” he called after, moving quickly.  She paused in the doorway, holding it open, but not turning to look at him.  “I’m sorry. Clearly I offended you, and that was not my intention.  Doctor Maple, I presume, then?”

She did look at him, finally.  They were about the same height, the small heels on her shoes pushing her up to look eye to eye with him.  “If I have to use a title, I prefer ‘Professor’.  It’s just that I don’t like using my position as part of an introduction.  It never sat right with me.”  She looked away.  “I shouldn’t have to.”

He nodded and then moved to hold the door for her.  They stood a moment together in silence before she slowly stepped into the stairwell.  Her pace was light and he was able to easily follow.

“I’m Al, and I am sorry for the confusion.” he said as they started down.

“For the record, you’re not fully forgiven, you know.”

“Also, I don’t recall seeing an ‘Al’ anywhere on the faculty listings.”

He winced.  “Well, my given name is Bartholomew Albert Spencer, but I find that Al is just easier all around.”

It was her turn to grimace.  “I don’t know, Bartholomew has a certain pleasant... well it rolls off the... it’s a very strong and... “  She stopped on one of the steps and thought, brushing her hair over to one side as she did.  “I’m sorry, I’m trying but that is a really horrible name.”  She started smile.

He responded with a grin of his own.   “Horrible enough to warrant forgiveness for previous assumptions of inferiority?”

She started to giggle lightly.  “Oh, of course not.  I’m going to hold this over you for a while.”  She resumed her descent towards level D.  “How’s your work going?”

“Nothing.  Every sample I’ve tried to run has come back inclusive.  All I have for the last eight hours is a soup of DNA molecules in seemingly random assortments.”  They turned on one of the small landings and continued down.  “You?”

She shrugged a little. “I’ve had some success so far.  Most of my group is home for the holidays so I’m pretty much the only one in the lab.  But a few of the tests look promising.”  She paused in thought as they turned another corner.  “I think I might be able to replicate the substance, whatever it is, in a few more hours.  I’m going to run a few more trials, but I so need a coffee break before I get back to it.”

“Well that’s promising,” Al said as they reached the Level D door.  “At least one of us is showing that a PHD is worth something.”

She playfully poked him in the ribs, causing him to recoil from the door with a chuckle.  “Exactly what I was thinking.”

Al shook his his head and reached again for the door.  Sharp blaring sirens filled the stairwell.  “Bio-security compromise on level B,” a recorded voice shouted over the small speakers mounted over the door.  “Bio-security compromise on level B.”  He froze.  Mina was up in his office on Level B; they had been sleeping there since the lab went into quarantine.  “Oh no,” he swore and started to bound back up the stairs.  Cara raced to keep pace with him.

As they rounded one of the landings he gasped out a “Mina” and then pulled himself up another set of stairs.

“Who’s Mina?”  They reached the level B landing.  He wrapped his hand around the handle and pulled hard, though he knew that the door would not give.  A BSC would mean that the level was sealed until the director gave an all clear.  Still he had to try.  He beat his fist against the door in a futile effort to get someone’s attention.

Exhausted from the sprint up the stairs and the panic, he finally answered. 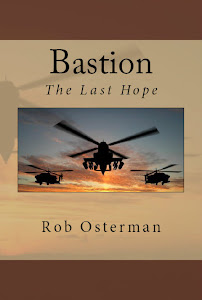